Adderall Epidemic: The Fallout of Over-Prescribing 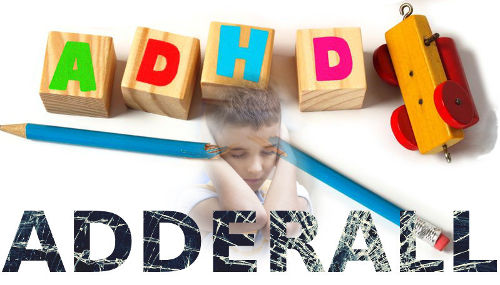 Adderall prescriptions & ADHD are on the rise

The Centers for Disease control estimated that around 5% of children in the United States had Attention Deficit and Hyperactively Disorder in the 1990’s. Since then, the numbers have more than doubled, with over 11% (approximately 6.4 million) of children ages 4-17 years having been diagnosed with ADHD as of 2013. With rates of ADHD now reaching the point of ubiquity, we need to reevaluate how our nation is diagnosing and treating ADHD. Currently, about 3.5 million American children are being given stimulant medications like Aderall to cope; which is troubling. Part of the reason I became a primary care physician in Oregon and specifically chose naturopathic medicine and acupuncture was to help reduce this proliferation of prescription drugs. As a doctor, I wouldn’t go so far as stating that there is never a time to prescribe Adderall. However, the fact that millions of American kids have an Adderall prescription while at the same time Adderall abuse is sweeping our nation’s college campuses highlights a growing problem that needs addressed.

Adderall Treats Symptoms, But Does Not Cure ADHD

The active ingredients in the drug Adderall are levoamphetamineamphetamine. The inconvenient truth surrounding Adderall is that its amphetamine ingredients carry potential for overuse and addiction. Amphetamines have been around since 1887 and have been marketed over the decades in various forms to treat a variety of conditions from obesity to helping soldiers stay awake. However, their use had greatly tapered off decades ago when it became clear that amphetamines carried substantial risk of over-use, addiction and serious side-effects. That is, until the 1990’s when the drug Ritalin and later Adderall came into popularity for helping kids who had trouble paying attention in school. With the rise of ADD/ADHD diagnoses came prescriptions for Ritalin and Adderall, ushering a new generation of young minds into a long-term relationship with the powerful stimulant drugs known as amphetamines.

The biggest problem with Adderall is that it does not cure ADHD, so people need to keep taking it to get the benefit. Without a clear endgame in mind for developing drug-free ways to manage ADHD symptoms and discontinuing Adderall use, a pattern of being dependent on stimulant medications to function in school, at work or socially may emerge. Which, in turn, raises a host of unanswered questions.

How long can a child be given Adderall to help with their ADHD symptoms before it will adversely affect them as an adult? When children with ADHD grow up, is it wise to continue to medicate those adults with Adderall when they go to college and join the workforce? If yes, is the mainstream medical community condemning those with ADHD to a lifetime of being dependent on Adderall? From my perspective as a naturopathic physician, pediatricians prescribing Adderall are temporarily alleviating ADHD symptoms, but prescribing stimulant medications to treat symptoms may not solve the underlying issues. It is my opinion as a primary care doctor in Portland, Oregon that true resolution of ADHD comes through thoughtful action based on a comprehensive, individualized plan to solve the underlying problems resulting in ADHD symptoms.

Adderall: Addictive or Not?

The mainstream medical community seems to hold a conflicted view on the addictive nature of Adderall. Wikipedia states that therapeutic doses produce feelings of “euphoria”, “desire for sex” and “increased cognitive control”. Yet, a few sentences later, the same article goes on to state that Adderall is not addictive at therapeutic doses. So, by that wisdom, we are to believe that therapeutic doses of Adderall produce euphoria and desire for sex but are NOT addictive; this seems too good to be true. As a doctor, I feel that this conventional wisdom about Adderall’s supposedly non-addictive nature is an example of dangerous wishful thinking if not outright denial of the patently addictive nature of amphetamines. The truth is that we don’t have complete data, and long-term Adderall use (especially in adults) has not been researched satisfactorily. To play devil’s advocate for a moment though, if Adderall is non-addictive, then why is Adderall abused by 20% of American College students?

Adderall Epidemic: Why it Matters

According to The National Institute of Health (NIH), the amphetamines in Adderall “have a high abuse potential and can be neurotoxic”. Further complicating matters, the NIH goes on to state that the effects of prolonged stimulant treatment in adults with ADHD have not been adequately researched and are not well understood. While many sources maintain that Adderall at prescribed doses is not addictive, the National Institute of Health admits that long-term Adderall use by adults has not been adequately studied. And, we are beginning to hear stories of many people who were prescribed Adderall began to overuse it as a way to boost performance at school or work and falling into an addictive spiral: Generation Adderall | New York Times Feature, Millennials Taking Adderall in College Now Using it in Their Career.

Abuse of stimulants leads to restless sleep, anxiety/paranoia, panic attacks, heart and kidney problems, risk of stroke and extreme weight loss. With time, a tolerance to the drug develops which can lead people to take more to get the same effect. If regular use goes beyond prescribed doses, dependence and addiction can likely result. In addition to the above side-effects, over-users often experience financial, social and work problems.

Withdrawal symptoms include restless sleep and exhaustion, headaches, dizziness and blurred vision, paranoia, mood swings, lethargy and depression. Recently, a number of adults struggling with Adderall dependence have begun to speak out about their experiences. How, they may have been diagnosed with ADD/ADHD as a youth and then turned to the drug during high-stress college classes. Then, in the years that follow, using the drug to manage busy careers with aggressive deadlines and long hours; somewhere in the addictive process losing sight of themselves and their happiness as the drug’s effects became a defining, indispensable role in their career and personal life. Making it even harder to quit is the fact that once someone regularly abuses Adderall, their continued success in school or in their career may be threatened if they quit due to the intense withdrawal symptoms and lack of energy associated with detoxing. In this way, many people are coming forward with cautionary tales of becoming trapped in a cycle of Adderall dependence.

These are just a few of the many concerns raised over the meteoric rise of Adderall use in America. And, as a doctor, I accept that there may be cases where an Adderall prescription may be useful as a temporary measure, I fear that using the drug in perpetuity could open the door to harmful prescription overuse and addiction. With Adderall abuse on the rise in colleges and now in the workplace, I think it’s time for the medical community to reflect on what we want our future to look like.

Be sure to check out our article on alleviating ADHD naturally.