At Terrain Wellness, our doctors have long suspected that certain endocrine imbalances, specifically autoimmune conditions like Hashimoto’s Disease, may be brought on by diseases like Epstein Barr Virus in some cases. Not surprisingly, there is a growing body of medical research showing a clear link between Epstein Barr virus and thyroid autoimmune conditions. Epstein Barr Virus (EBV) is most known for causing the disease “mono” (Infectious Mononucleosis), but after mono has run its course, EBV may remain seemingly dormant in the body indefinitely.

While mono is a temporary condition, the immune system often does not completely eradicate Epstein-Barr Virus from the body. In other words, EBV may remain inactive in the body for decades but can become reactivated even many years later. Logically, if the immune system detects a virus such as EBV, even if it is inactive, it stands to reason that the body will do whatever it can to fight off the infection. But, how to defeat an inactive virus that is dormant and remains latent in the body? Sadly, the body may resort to attacking itself in an attempt to completely root out latent viruses. The body attacking itself is an autoimmune condition. 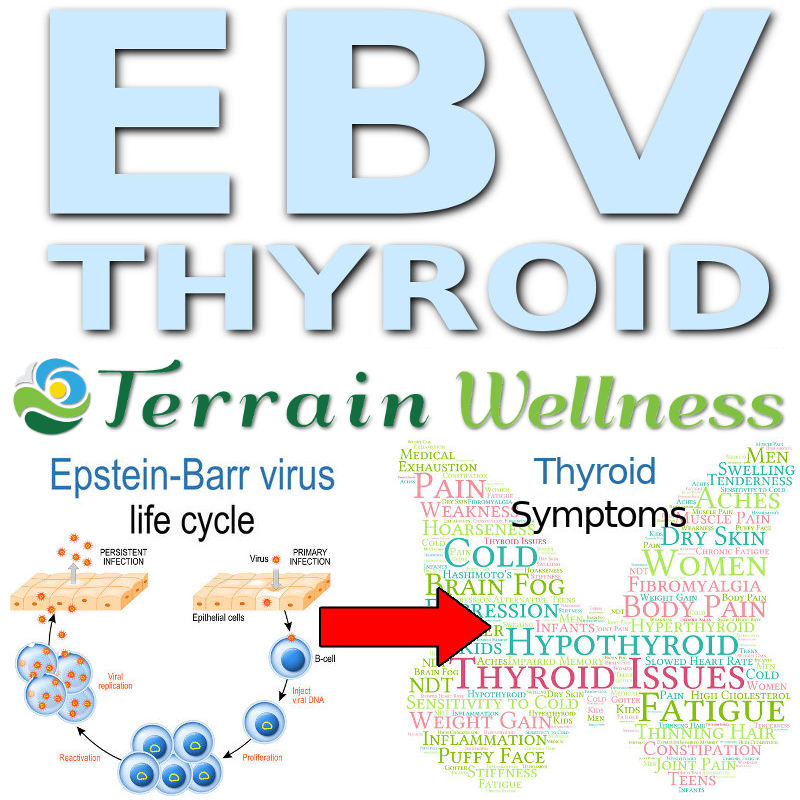 The (overly) simplistic view of autoimmune conditions is that the body just randomly starts attacking itself for unknown/no reason. However, as primary care doctors specializing in naturopathic endocrine treatments, we know that latent viral infections like EBV can and do contribute to autoimmune conditions like Hashimoto’s Disease. As part of our ongoing Thyroid Rehab Series, we’re going through these underlying viral causes so that our patients and the public more fully understand the endocrine system and how to improve hormone balance.

Why would dormant Epstein Barr Virus that the body defeated years ago suddenly become a problem years later? The answer is that there are common triggers to making certain people more susceptible to a viral attack or re-infection from a latent virus. For example, the research points indicates that stressors on the body may leave one vulnerable to autoimmune conditions and/or a reactivation of a latent virus. 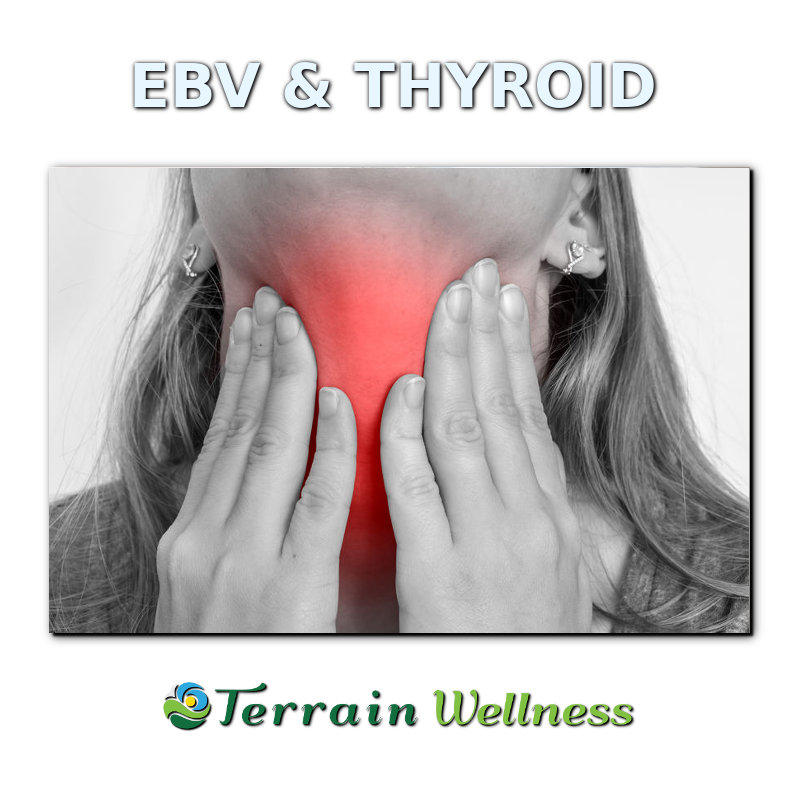 Although these stressors may well end up in autoimmune conditions, they are only one step in the chain of events leading to these conditions. In our clinical experience, we have found that the causal chain for autoimmune conditions often proceeds as follows: stressors on the body lead to a viral or other infection which causes the immune system into an autoimmune scenario where it attacks the body’s hormone-secreting glands. By understanding the autoimmune process in this way, we can begin to break this cycle of thyroid harm and autoimmune conditions while also improving general health and well-being.

As discussed in the sections above, a virus causing thyroid problems is far more common than it should be. Autoimmune conditions like Hashimoto’s disease can be caused by reactivated EBV.

Why are we testing Medical Medium: Thyroid Healing? Patients keeping asking us about it. So, rather than wrestle with the controversial concept of a “medical medium”, we decided to simply read the book, try the cleanse and share our results. So far, the most interesting part of the book have been the theories regarding the root cause of endocrine imbalances being related to viral causes like EBV. That said, it should be noted that medical research was already pointing toward EBV as a contributing factor to auto-immune conditions prior to the book’s publication. Either way, the cleanse has been challenging, fun and full of great teaching/learning opportunities along the way.

The rules for the last 30 days of the cleanse are the same as the first two months with a few food additions.

Continue to incorporate thyroid healing foods as addressed in the previous two parts of the cleanse.