Poor nutrient absorption and complications of leaky gut (autoimmune inflammation) can worsen thyroid conditions like Hashimoto’s Thyroiditis and Graves’ Disease. Since this condition involves nutrient absorption and allergic processes via leaky gut and excessive bacteria, it can contribute to autoimmune responses and endocrine imbalances like thyroid dysfunction. For this reason, treatment often involves treating more than one condition simultaneously. 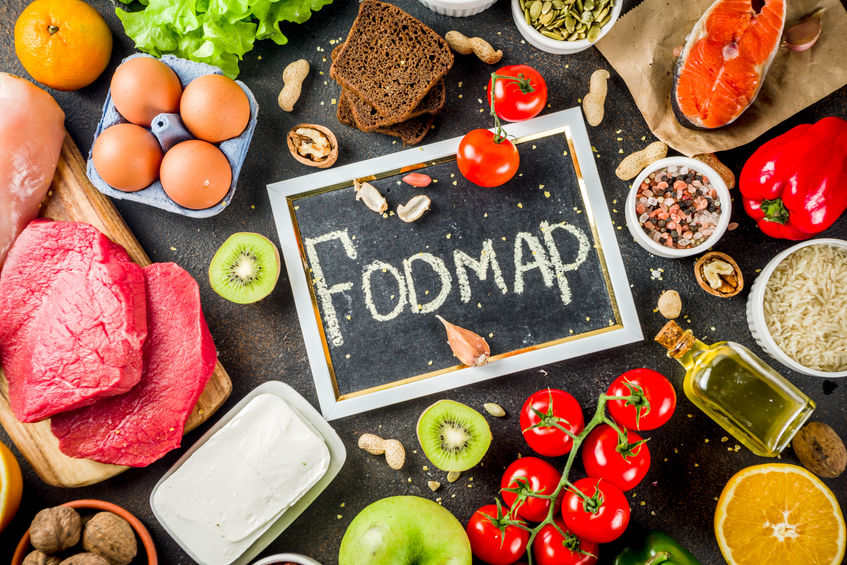 While an exact causal chain for developing SIBO is not always clear to gut health specialists and gastroenterologists, there are several factors that make the condition more likely to occur. Diets high in sweetened foods, processed foods, dairy, bread/wheat, soda and juice provide food for the unwanted bacteria. Having healthy stomach acid levels also discourages bacterial growth in the small intestine, so taking antacids can unwittingly create better living conditions for unwelcome microbes as well. These are just a few of the many SIBO risk factors that we’ll discuss below. More importantly, we’ll discuss how you can reduce your risk factors and how the way that doctors treat SIBO is evolving. 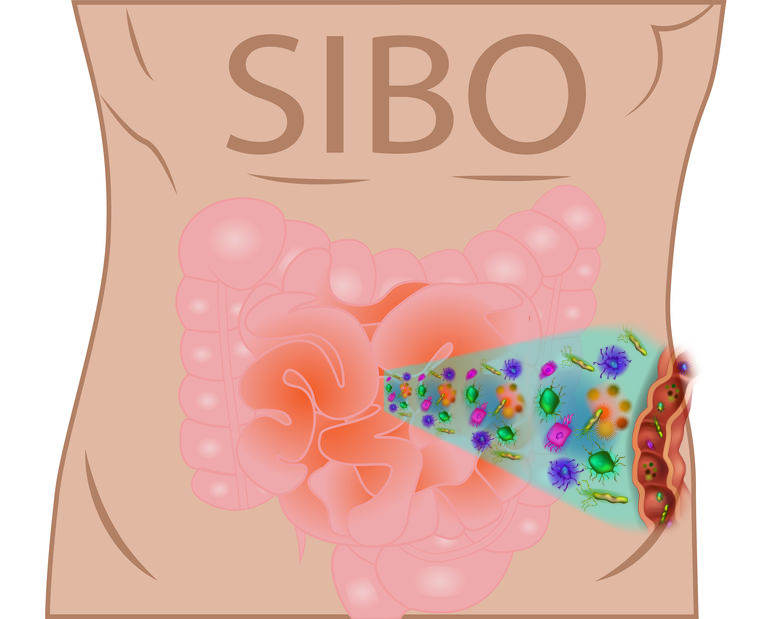 The causes of excessive microbial growth in the small gut can be multifaceted and hard to pin down. However, there are a number of risk factors that make getting SIBO statistically more likely. As you can see from the accompanying list of risk factors, it would be very easy for someone living a typical American lifestyle to stack up multiple risk factors for SIBO in a short amount of time. A normal person could compound a number of risk factors simply by eating the Standard American Diet which leads to taking antacids combined with moderate alcohol use and taking antibiotics when they get sick every year or two. 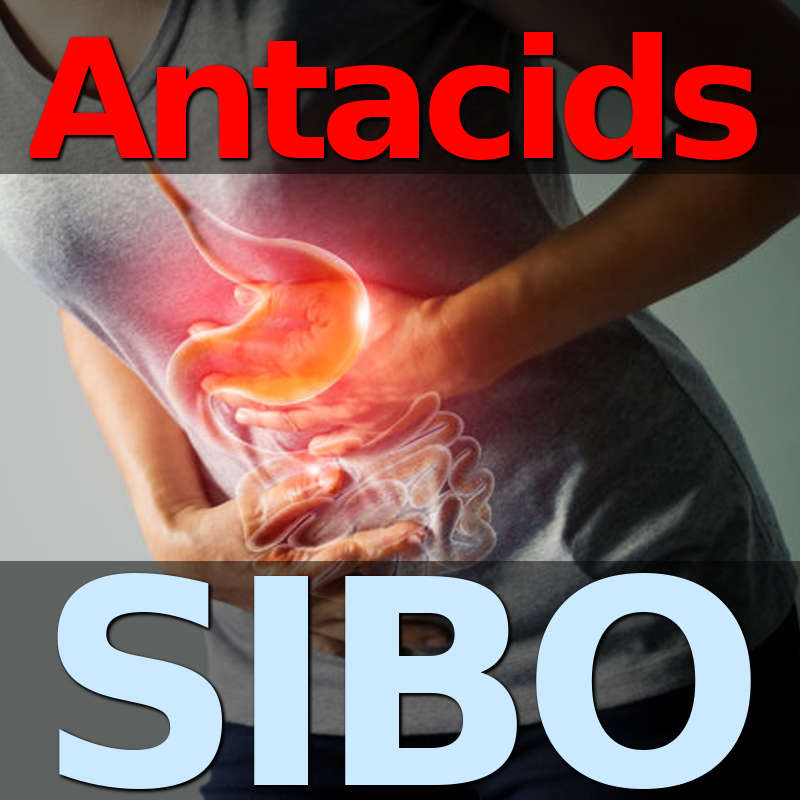 For many Americans, taking antacids is thought of as simply a part of their diet and lifestyle. With as many as 27% of adults in the US taking antacids at least a few times per month, and 5% of Americans using them 2-6 times per day over the course of 20 years (Source: PubMed). Of course, talk with your doctor before changing your medications or dosage. So, what’s the connection between Antacids and SIBO? Let’s find out.

According to gastroenterologist research, excess bacteria in the small intestine is positively correlated with PPI (Proton Pump Inhibitor) antacid medications. The exact mechanism of action behind this can get very complex and hard to pin down, but gut health experts frequently point out the fact that acid levels in the gut influence the quantities and types of bacteria that can grow. Since the small intestines are the next step in the digestive process right after the stomach, which is normally highly acidic. This natural acidity in the stomach inhibits excess bacteria from being introduced into the small instestine, but antacid medications can inhibit this normal barrier to infection.

Another troubling side effect of regular antacid use is poor nutrient absorption. According to the research, lower stomach acid levels also harm our ability to absorb iron and B Vitamins, leading to thyroid problems, muscle weakness and anemia. Because antacids can interfere with digestion and nutrient absorption, functional medicine and naturopathic doctors have become much more widely accepted as ways to improve gut health without the side effects of antacids.

At the risk of over-simplification, the naturally high acidic environment of a healthy stomach greatly discourages bacterial overgrowth in the small gut. Antacids may interfere with these healthy acid levels. Choosing more nourishing foods that don’t exacerbate heartburn (thus removing the need for antacids) and promote more complete digestion can be a simple place to start. With this in mind, it might be time to talk with a holistic gastroenterologist who can work with you toward more sustainable heartburn relief. 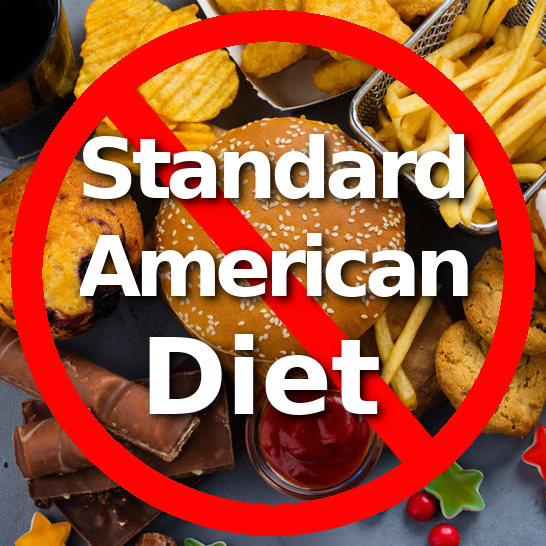 Consuming excessive amounts of FODMAP carbs, the Standard American Diet and junk food can contribute to or exacerbate the development of SIBO and autoimmune thyroid conditions and Leaky Gut. 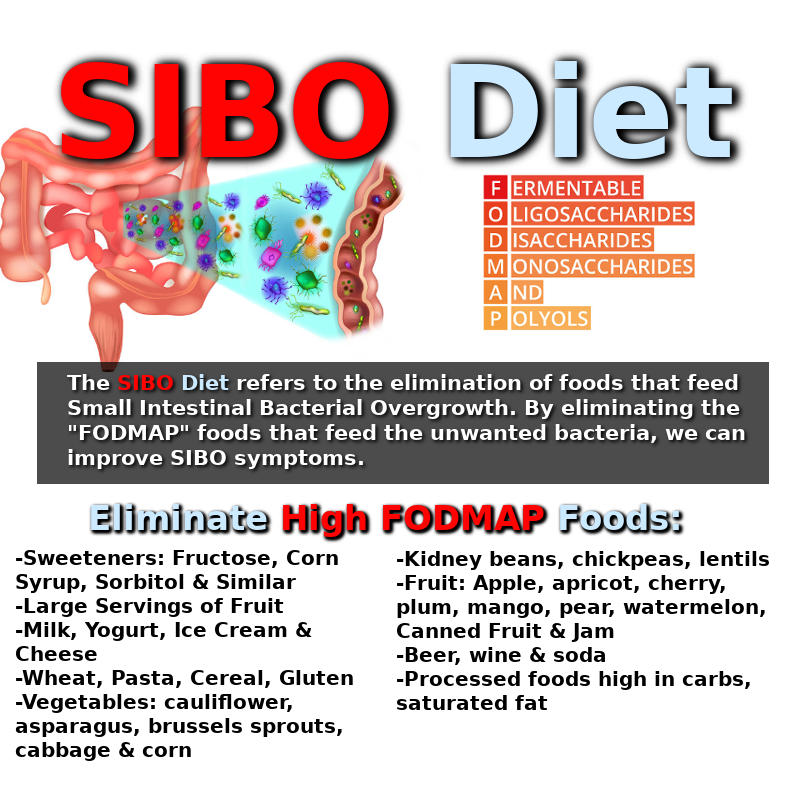 Many patients see an improvement when they switch to low FODMAP foods. It’s a good idea to work with a doctor experienced in functional medicine and natural healthcare when you decide on a SIBO Diet Plan that’s right for you. Please note that being high or low FODMAP doesn’t make a food “healthy” or “unhealthy” by itself. Your doctor may ask you to eliminate certain foods during the process of restoring your gut health. Some foods, like broccoli, are usually considered low FODMAP when eaten in moderation, but eating a large amount of broccoli stems may blur the line between high and low.

Aside from the FODMAP, strongly consider moving away from the Standard American Diet because it is linked to inflammation and autoimmune conditions. Gut health specialists note a high correlation between the Standard American Diet and a number of adverse health condition. As an alternative, many have improved their health via the Mediterranean, Ketogenic or Paleo meal plans. When it comes to gut health, the old adage that “you are what you eat” seems especially poignant. In order to get a different outcome, we need to make different choices. Food isn’t everything. But, gut health specialists and gastroenterologists clearly understand that the foods choices we make can have a dramatic influence on our gut health and overall well-being. 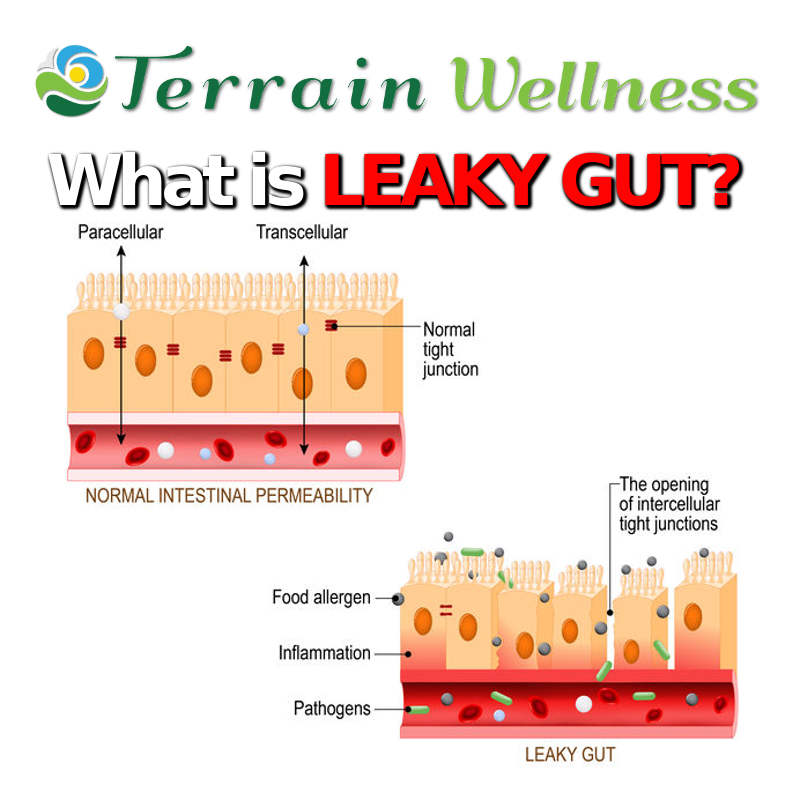 High FODMAP foods and the Standard American Diet are also linked to a condition called Leaky Gut Syndrome, where the intestinal lining becomes more permeable and lets some of the bacterial overgrowth and partially-digested food pass into the bloodstream. According to Harvard Researchers, these bacteria and food particles may set off an inflammatory response that contributes to a host of chronic diseases and autoimmune processes in the body. The exact science of how and why Leaky Gut Syndrome develops is still the subject of ongoing research. But, the Standard American Diet which is high in sugar and saturated fat while also being low in fiber and vegetables is clearly implicated in the research:

“The dietary pattern that characterizes the Western diet is strongly associated with obesity and related metabolic diseases, but biological mechanisms supporting these associations remain largely unknown. We argue that the Western diet promotes inflammation that arises from both structural and behavioral changes in the resident microbiome.” (SOURCE: PubMED)

While the exact science behind how processed foods promote inflammation, autoimmune disease and leaky gut, the data is nonetheless very clear. Processed foods high in carbohydrates, additives and saturated fat are strongly linked to Leaky Gut, SIBO and a number of other disease processes.

The SIBO Diet that limits FODMAP foods has been shown to be helpful for those suffering from Irritable Bowel Syndrome, Crohn’s Disease and Small Intestinal Bacterial Overgrowth. At our Portland Natural Health clinic, we prefer herbs and natural treatments when possible, but there are times when the bacterial overgrowth does necessitate an antibiotic such as Rifaximin. However, please note that while antibiotics can kill off the offending infection, they do nothing to dismantle the complex health conditions that made small intestinal bacterial overgrowth a likely outcome. No matter which gut health specialist you choose, please consider using a functional medicine, naturopathic or integrative medical approach so that you do everything possible to dismantle the underlying causal chain that can contribute to small intestinal bacterial overgrowth.

At Terrain Wellness, we follow the latest medical research showing the effectiveness and relative value of SIBO herbal treatments. To make our treatments more sustainable, we combine antibiotic treatments with antibacterial herbal supplements, lifestyle changes and diet modifications to reduce the likelihood of reinfection. Where possible and when time allows, we prefer to use antibacterial herbs, but there are times when patient needs necessitate antibiotic intervention. In cases where antibiotics are used, it’s important to have a comprehensive care plan in place to dismantle the contributing factors and rebuild healthy gut flora in the wake of taking medications.

Whether or not antibiotics are used as a part of treating your SIBO, our sustainable, naturopathic and functional medicine approach to treatment centers on removing the underlying conditions that contributed to the infection.