Lessons From “The Handmaid’s Tale” 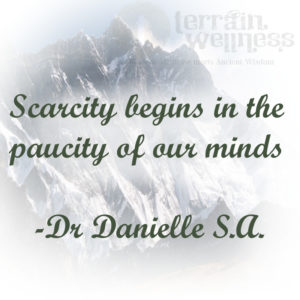 I recently binge-watched the new HULU series The Handmaid’s Tale, a contemporary TV series based on a book that I was assigned to read as a freshman at the University of Southern California in Writing 101. My professor for this class was a member of a modern sect of the Jewish church; she was a female rabbi who also happened to be lesbian. A short lesbian rabbi in her mid 40’s who wore dark loose-fitting robes which gave her an amorphous shape that effectively obscured anything that might resemble the curves of the typical human female. Her Birkenstocks provided apt punctuation to the feet at the ends of her thick, hairy legs. At the other end, a yarmulke with an embroidered Star of David provided contrast to her shaved head.

With her militant feminist views, proud Jewish heritage and iconoclastic style, my professor effectively shattered many of the paradigms unconsciously rooted in my impressionable 18-year-old psyche. The predominantly female class was by turns shocked, intrigued and inspired by the boldness with which our professor was willing to defy all convention of normalcy, but this was likely her goal. Most of my peers came from predictably affluent backgrounds and everything about the professor caused us to question the value we placed on societal conformity.

In keeping with the goal of unceremoniously burning down our social norms, our first assignment was to read Margret Atwood’s, The Handmaids Tale. The memory of this class and my professor blend with the spirit of Atwood’s dystopic novel; which piqued my interest in the new HULU television series based on the book (I was not disappointed).

After watching the heart-wrenching drama of suffering abasement unfold, I did what I normally do when exposed to provocative and thought-provoking ideas, I analyzed it. I let the story settle into my body, feeling the depth of humanity’s pathos presented in the compelling narrative. As an aside, maybe this is why I shouldn’t watch too much television. However in this instance, The Handmaid’s Tale was worth the emotional roller coaster. When pondering the show’s pathway from freedom to totalitarianism,

I initially defend my comfort-zone by thinking ‘this is just fiction; there’s no way such barbaric losses of freedom could happen in America!’ However, the cracks in my reactive denial began to form through the terrifying realization that aspects of this scenario are already playing out in other countries. Furthermore, history is full of examples where the seeds of tyranny have been fed by hate and fear to reach their full, destructive fruition.

An eerie chill ran up my spine as I realized that the beginnings of such oppression are reality for so many women around the world. Let’s take the example of various countries in the middle-east. In some countries, male guardians wield an almost total control over women’s lives. Many women alive today must be granted a male guardian’s permission to exercise basic human rights like the ability to travel, to undergo medical procedures and to obtain legal documents such as permits. On top of this, women in these countries do not have access to independent financial means to escape such oppression. Mulling over this terrible reality, what at first seemed to be the outlandish fantasy dramatized in The Handmaid’s Tale begins to seem plausible. The steps toward oppression wherein the protagonists (June/Offred and her friend Moira) began to incrementally lose their rights culminated in the complete loss of control of everything about their own bodies.

As an American woman born in the 1980’s, the thought of being stripped of the rights that I have is terrifying. Rights that are easily taken for granted today were denied to my great-grandmother and are still being denied to women born in other parts of the world. I have freedom of speech and expression, sexual rights as well as access to the best education on the planet. I have been able to become a doctor as a female and to make a living to support my family. However, over the last 20 years I have also witnessed my government repeatedly violate my constitutional rights in the name of combating terrorism. Part of my mind is comforted by the government’s promises of safety while another part of me is terrified that our society is giving up freedoms that we cannot ever get back. When I look at world history and let the gravitas of The Handmaid’s Tale sink in, I realize that in the future my rights and freedom both as a human and as a woman could easily be taken away at any time.

Aside from dark visions of possible futures, The Handmaid’s Tale also serves as a personal warning to each and every human being alive. Even in the absence of overarching government control, many people already lead lives of quiet suffering in the bondage of societal and cultural norms imprinted within their own minds. These expectations and control may often take seemingly noble forms such as: family, spouse, religion, community, work environment and culture. And, when we live in a society where we are socially controlled, the yoke of oppressive government comes to us naturally.

A sure path to suffering is making the locus of one’s life focused on living up to others’ expectations. Social norms that are internalized into one’s identity are often at odds with the life that our deeper self yearns to live. At times, unspoken social contracts may keep us from living lives of authenticity, resulting in toxic stress to accumulate in the body as our unconscious rebels from our voluntary oppression. In my naturopathic medical practice, I see the results of this internal schism manifested as years of depression, insidious illnesses or anxiety and fatigue.

As a naturopathic doctor and acupuncturist in Portland, Oregon, I work with patients to identify and release trauma and stresses that have been stored within their bodies. Part of the work of overcoming stress is moving people out of anxiety and into action; empowering them to have a voice within their own lives and their relationships. My life’s work as a physician is dedicated to understanding the nature and causes of physical, mental and emotional imbalance. Through my naturopathic medical practice and in my own personal life, I’ve found that the most important gift you can give to another person is freedom.

Since I have dedicated my life to this work, I am even more disturbed at what happens when we silence ourselves. The Handmaid’s Tale highlights that disavowing the power of our own voice and autonomy, gives that power away to someone else. The first law of thermodynamics is that energy is neither created nor destroyed; in similar fashion, when we give up our power it doesn’t go away, it’s simply wielded by someone else. In the story, I can’t decide who was worse, the male oppressors or the throng of women who supported them. The abject dehumanizing of the women in this story would not have been possible without the complacency and cooperation of both sexes, entering into a dark covenant of terror and shame. The story is a work of fiction, but the reality of a culture of silence underpinned by religious dogma being a pretext for control has happened many times throughout history.

In the story, men fell in line and stood by doing nothing while their wives, mothers and daughter fought for their rights, even as their freedoms were being chipped away. In one scene, we see the lead character Offred explain her concerns to her husband about her bank assets being seized and given to her male spouse. Her husband’s response was an empty promise of “Don’t worry; I will take care of you.” All humans have rights, regardless of gender; throughout human history we have continually had to fight for those rights. The greatest success of humankind has been expanding human rights and we won’t be finished until all of humankind’s rights are honored. I find this particularly relevant in regard to recent attempts to cut funding for Planned Parenthood, or to disqualify transgender soldiers from serving in the United States Military.

One of the quotes from the series I found notable was, “Better doesn’t always mean better for everyone, it always means worse for some.” It is my belief that freedom is not secure unless it is freedom for all. Freedom begins by liberating ourselves from other’s expectations as well as diseases of mind and body. We begin this path of freedom by choosing to live in the present, expanding our awareness in every moment. The next step in safeguarding our rights is to take ownership of the rights we already have; standing in our own truth by creating healthy boundaries within our relationships.

The counter-culture energy of my freshman year writing professor had a lifelong impact on how I perceive the world. I’m thankful that she exercised her right to defy all social convention and live, look and act as she saw fit. Her attire, grooming and demeanor may have been unconventional, but in so doing she was making a social statement in defense of the rights of people everywhere to be who they want to be. Navigating the course of our lives through self-awareness empowers each of us to speak up about injustices.

In closing, I have only this more to say:

Scarcity begins in the paucity of our minds.

Lessons From “The Handmaid’s Tale”