Prolotherapy is a revolutionary Regenerative Medicine technique that is used to help the body repair and regrow damaged soft tissues like cartilage. This technique is rapidly growing in popularity with doctors and patients alike because it works by triggering the body’s own natural healing response. Joint problems affect people from all walks of life: from professional athletes as well as those who enjoy fitness or sports as a passionate recreation all the way to those who simply want to enjoy a pain-free lifestyle during their active retirement. Because prolo’s mechanism of action is to encourage the body’s own healing response, the side effects are minor and short-lived while the benefits can be long-lasting. Unfortunately, the normal Standard of Care in medicine too often leans on outdated treatments like anti-inflammatory pain relievers like Advil/Ibuprofen and Cortisone shots (steroid injections). 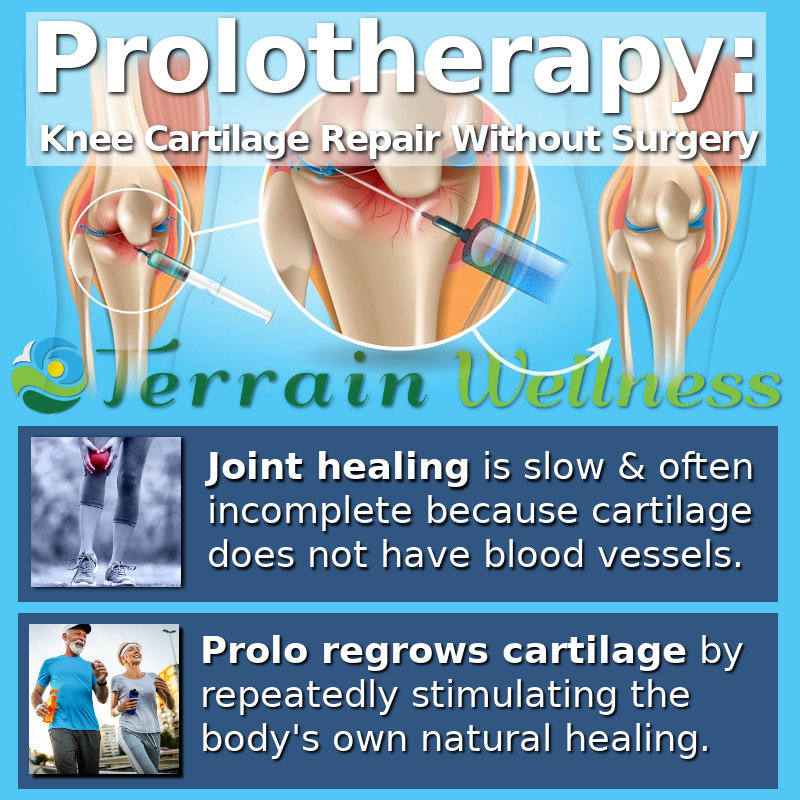 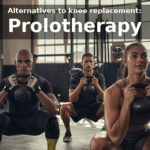 To answer the question what is prolotherapy, we need to start with the name itself. Prolo is short for “proliferative”, which is a word that means to rapidly multiply or grow. In this case, the rapid multiplying refers to increasing the numbers and activity of living cells that rebuild cartilage called chondrocytes. The regenerative medicine process within prolo also stimulates an influx of white blood cells (immune system cells), nutrients and other beneficial factors that support healing as well. Joints heal slowly (or not at all) because they don’t have blood vessels and most treatments (Cortisone and NSAIDs) only mask symptoms like pain and swelling. In contrast, regenerative medicine is fundamentally different because we help patients at our Portland, Oregon clinic to actually repair damaged/degraded joint tissue.

The logic behind this regenerative injection therapy is to repeatedly stimulate the healing response, without doing real damage to the affected cartilage. In this way, the damaged cartilage rebuilds itself over time, becoming a little stronger after each successive round of treatment. According to medical research: “Prolotherapy resulted in clinically meaningful sustained improvement of pain, function, and stiffness scores for knee osteoarthritis” (SOURCE: U.S National Institute of Health). Because this technique has been shown to be safe and effective, we offer prolo injections in Portland, Oregon at our clinic, Terrain Wellness. 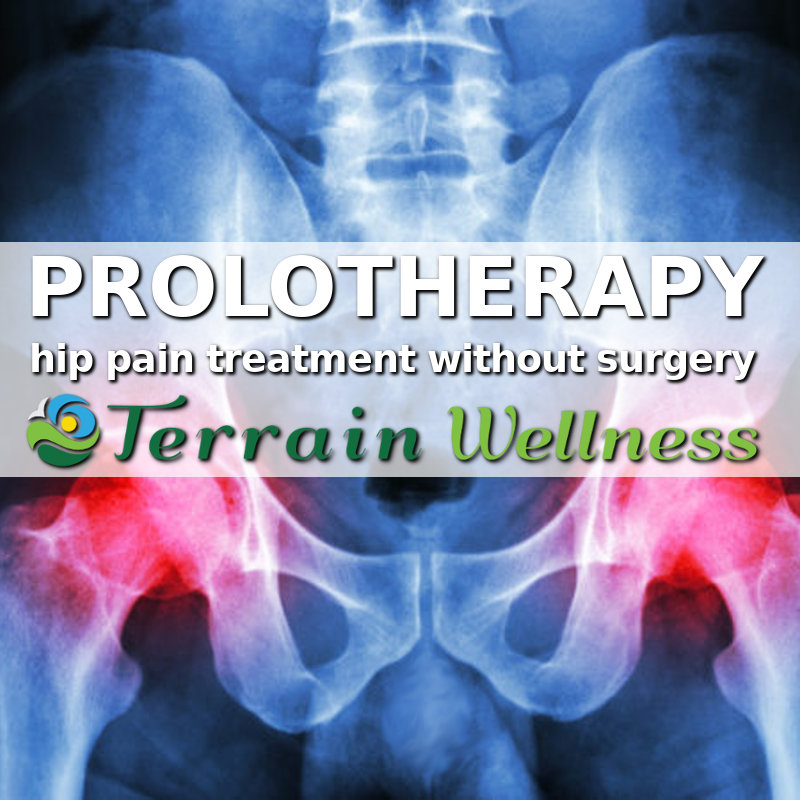 So, how does this regenerative medicine injection therapy accomplish this “proliferation”? Cartilage regrowth is accomplished by simulating the conditions present at the site of a bruise, without doing any real damage. When a bruise or similar bodily injury occurs, living cells and body structures in the body are ruptured (broken open) and die. When cells rupture during an injury, the cells’ contents spill out into the interstitial tissue. It is the spilled cellular content that triggers the body’s healing response. Prolo simulates this bruising type of injury by introducing a solution that mimics some of the factors present at the site of an injury. This stimulation via regenerative injection therapy is so effective because since joints don’t have blood vessels, they don’t bruise in the same way that muscles do.

Why Do Joints Heal Slowly? 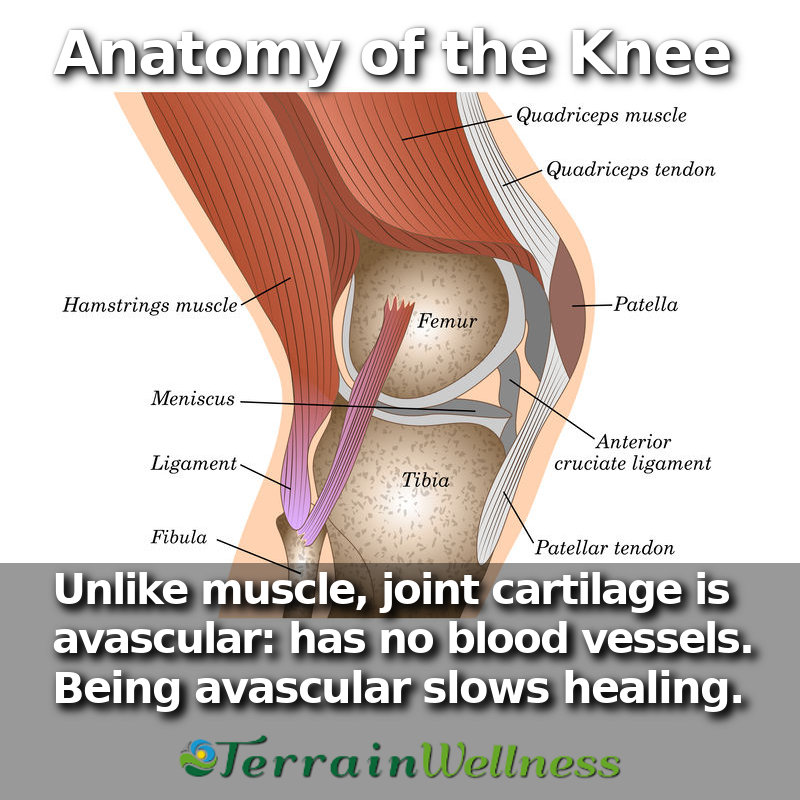 Another major problem with NSAIDs like ibuprofen for arthritis and joint pain lies in the fact that joints, cartilage, tendons and ligaments are avascular. This means that these body structures don’t have any blood vessels in them. As a consequence of having no blood vessels, the cells in charge of repairing these soft tissues are slow to heal and have to rely on very limited resources. Tissue with lots of blood vessels heals quite fast as compared to body tissues with little or no blood vessels. For example, muscles are highly vascular and have a lot of blood flow to them and that is why mildly sore muscles usually heal in a few days or up to a week in a healthy person. In contrast, a mild joint sprain or strain can take 3-8 weeks to heal. Without blood vessels to supply rapid healing, it appears that the inflammatory process is part of the body’s healing response. This makes sense because the inflammatory process brings in cells from the immune system along with nutrient-filled fluid to help resupply cells working overtime to repair the damage. 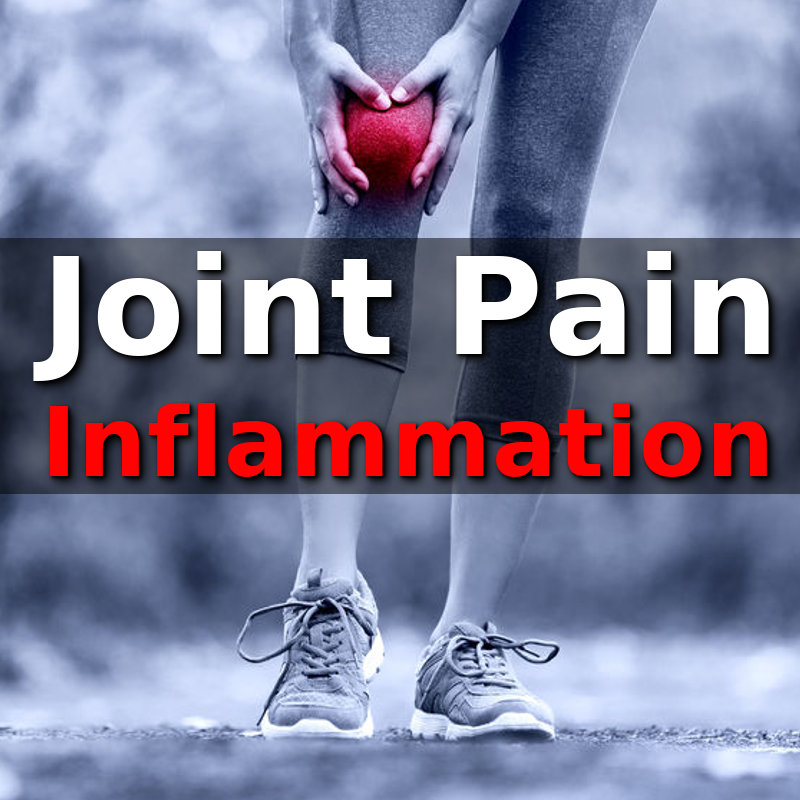 Inflammation has gotten a bad reputation over the years. This may be because it is associated with injury, allergic reactions and autoimmune conditions. This bad reputation is partly deserved in that inflammation that is tied to autoimmune response and allergic reaction is associated with negative health consequences over time. However, inflammation is also a part of the body’s healing response, so to label it as “bad” doesn’t really tell the whole picture.

Inflammation related to autoimmune conditions occurs when the body resorts to damaging itself in an attempt to fix something that it views as threatening. Many in the healthcare community chalk this up to things like genetics or bad luck, but this simplistic view ignores the strong positive correlations between preventable disease and autoimmune processes. The foods we eat, our lifestyle, our gut health and even the way we process emotional stress all have a major impact on autoimmune processes in the body. Healthcare researchers universally agree that stress is a leading contributing factors to preventable death in the United States. Emotional stress can and does contribute to systemic inflammation from autoimmune conditions.

Rather than trying to suppress inflammation with NSAIDs like Ibuprofen or by using ice-packs, it might be more constructive to investigate why the inflammatory process is happening and address it. Poor digestive health, chronic emotional stress, reactivated Epstein-Barr Virus, unhealthy gut bacteria as well as food and lifestyle habits can all contribute to excess inflammatory responses in the body. In summary, we may get further if we stop suppressing inflammation and start relieving the underlying conditions that contribute to it.


The first choice for many people with painful inflammation in their joints is to take an over-the-counter NSAID (Non-Steroidal Anti-Inflammatory Drug). Because painful joint inflammation and cartilage breakdown is often due to chronic, ongoing conditions such as osteorthritis, the knee-jerk reaction for many is that an anti-inflammatory drug will relieve the inflammation, dull the pain and in this way solve the problem. And, while these medications will reduce inflammation and relieve pain temporarily, they actually make the problem worse.

This growing body of evidence corroborates the experience of patients worldwide: people have joint pain so they use Ibuprofen to get through the day. Consequently, the joint pain gets worse over the years. It’s time for better NSAID alternatives.

There are many possible reasons for how/why NSAIDs damage cartilage, but one of the main concerns becomes evident when we take the time to explain why inflammation happens in the first place. Inflammation is an early step in the body’s natural healing response. When tissue is damaged, we see things like swelling, bruising and pain at the site of the injury. That inflammation is the body responding to distress signals and allocating additional resources to repair itself. By reducing inflammation while doing nothing to help or support soft tissue repair, NSAIDs may be telling the body to ignore the signs and symptoms of joint cartilage damage. Without inflammation to alert the body to the problem of joint damage, healing may not take place. 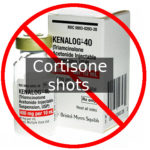 The only medical treatment worse for joints than NSAIDs might be Cortisone Injections. But, this isn’t just one doctor’s opinion, it’s actually clearly supported by the latest research that showed that over a two year period, cortisone injections provided no long-term improvement for patients. More than that, the research shows that Cortisone sped up cartilage loss in patients with knee osteoarthritis!

“Among people with osteoarthritic knees, repeated steroid injections over two years brought no long-term improvement in reducing pain, according to a study funded in part by the NIH’s National Institute of Arthritis and Musculoskeletal and Skin Diseases (NIAMS). Rather than showing any benefit, the results revealed that the injections sped the loss of the cartilage that cushions the knee joint” (SOURCE: National Institute of Arthritis and Muskuloskeletal and Skin Diseases).

The side effects of cortisone injections also include reduced bone density, which is especially concerning given the ongoing threat of osteoporosis (SOURCE: PubMed.gov). The bottom line is that cortisone, much like NSAIDs, offer temporary relief while making the problem worse in the long run. In summary, we do not recommend NSAIDs and cortisone. For these reasons and more, we strongly prefer more sustainable regenerative medicine techniques at our Portland, Oregon medical clinic.

With the medical research being abundantly clear about the clear benefits of regenerative medicine techniques, we proudly offer prolotherapy at Terrain Wellness, our clinic in Portland, Oregon. The above regenerative injection therapy show excellent clinical results without significant side effects beyond those common to any type of injection. In contrast, more mainstream treatments like NSAIDs and cortisone shots don’t provide long-term benefits and also cause further joint damage in the long run.

Set an appointment today to learn more about our Prolotherapy services in Portland, Oregon. But, no matter which doctor you see, please think twice before using NSAIDs or cortisone shots. 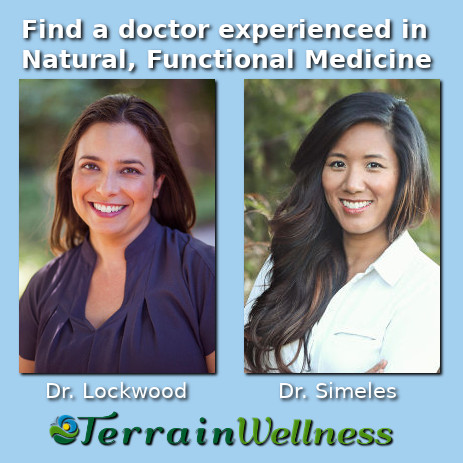